Steam is the delivery mechanism for Train Simulator so if you have any issues making it function or questions about how it works before you start then this is the place to get your answers.

Hi Has anybody Had problems setting up Victory works TPO, I have been trying to set up the track linked apparatus but everytime I try place it,it just disappearers and another one pops up. Also do I place it in object tools or scenario tools as it appears in both menus. Thanks in Advance for any help offered, I have read through the manual twice but knowing me I wont be surprised that I missed something.
Les
Top

Are you failing to click the track so that a link is placed?


elkay wrote:Also do I place it in object tools or scenario tools

"The GWR TPO equipment can be added to any scenario....Under the Miscellaneous tab in the Scenario Tools are 6 items related to the TPO "

The apparatus is set up to suit the player train, so that really does make it a scenario specific item. The static apparatus of course can be used as a route scenery object, one without any functionality.
Top

Thank You for your Help, I have in the past set up a scenario using the TPO but it was quite a while ago. I have just had another go at it with no success, using scenario tools and selecting TPO apparatus with track link function I click the left mouse button to place the item and it just disappearers and reappearers a small distance away I do not get an oppotunity to conect it to the track because it has gone and if i click on the track the last one visable will disappear. I Have decided to give it up as a bad job, and as an OAP life is to short.

Thanks once again for taking the time out to help

NO Les, you've asked for help and you're getting it....whether it kills you (or me, or both of us) or not

Easy question first, how are you getting into the editor---what do you press or click on?
Top

ok, thanks for persisting. Do you have the TPO addon yourself?. I wanted to add the TPO to the North Wales BR blue route and I entered the route via the BUILD button to edit it and pressed the train icon at the top left to enter the the scenario editor then select the TPO add on from the victory works menu in the right hand side menu. when I select Misc list on the left hand side the TPO items appear in the list and I select the TPO apparatus and place it near the the track where i want to place it, click the mouse button to place the item and where normaly the item would stay where I placed it to allow me chance to attach it to the track or manouver it, it vanishes as soon as I release the click of the mouse.

I hope that makes sense

I don't have the BR Blue version of the line installed, but I've just run through your method to add the TPO apparatus to the default route. It works fine, but it's the wrong way to do it.
By entering the route and then going into the scenario editor you're in the default free roam scenario for that route (any other route you may edit that way would do the same...drop into it's default scenario)

If you add the TPO apparatus to that, that's the only scenario you'll see it in---it doesn't 'stick' for any other scenario!

As these are TRACK linked items, use the 32bit version of the game--the 64bit editor has issues with track linked objects, at least in the route building mode, so rather than run the risk of that being the same in scenario editing it's better to start off 'safe'.
From the games main menu go to the 'Build' option, but this time click the 'Scenario' tab at the top of the list, scroll down the list to find the route, click on it to expand the listing to show the scenarios and then click on the one you want to add TPO apparatus to. Once you've clicked on the scenario to select it, click the 'Edit' button at the bottom right of the screen.
That'll drop you into the scenario editor in the relevant scenario, so enable the Victory Works/GWRSaint Provider/Product boxes and tray adding the apparatus.

From the manual (the underlining is my edit):


Note: This section assumes the basic knowledge of creating a new scenario, adding a player consist and scenery objects.
The GWR TPO equipment can be added to any scenario…..


If it still doesn't work, try another route, preferably a default DTG one---it's very unlikely, but there may be an issue between the route and the stock, but the chances of that being the same in a DTG route are even smaller.

When you come to adding the TPO apparatus, select it from the available assets list and position it near the track--DO NOT CLICK ANYTHING YET. Take your hand off the mouse and it should still be there.... 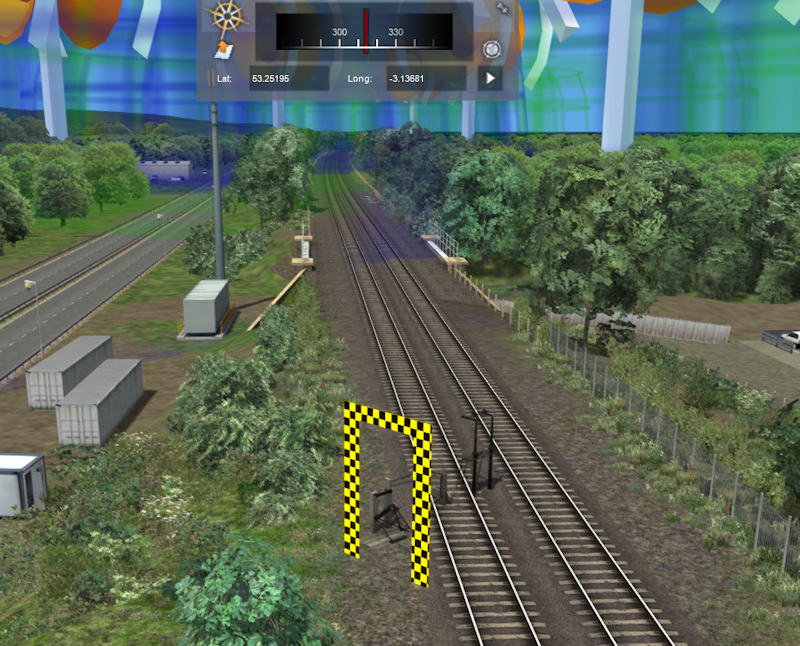 If that's what happens when you try, now hold the moue still with your right hand, grip it on the sides at the rear, not anywhere near the buttons. Now, with your left hand forefinger press the left mouse button once. 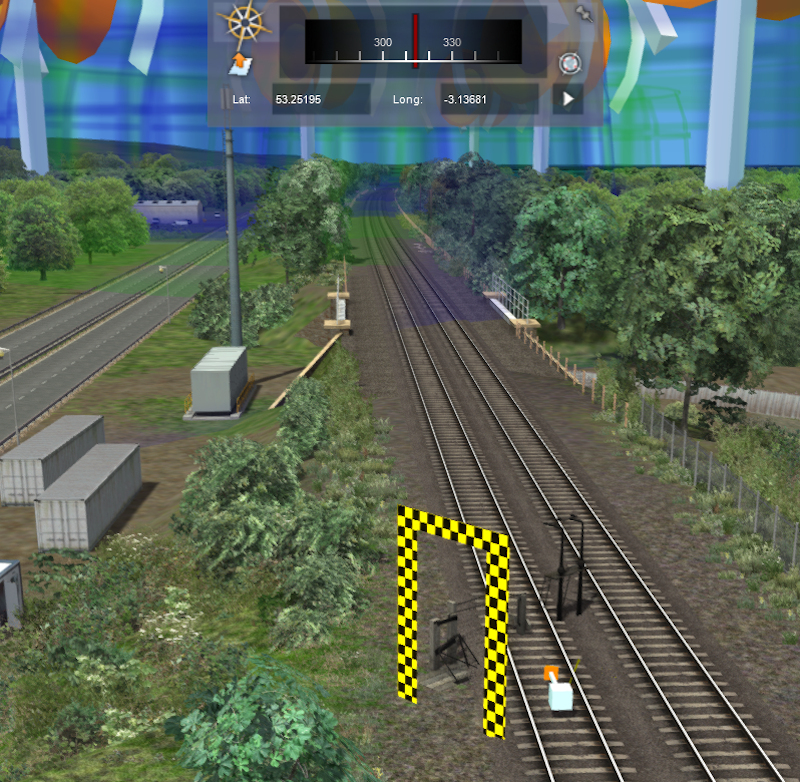 the first track ling visible...if that's what happens pull the mouse back a bit to move the link further away, once again by holding it nowhere near the buttons, hold it still with the right hand and click with the left. Repeat for the other 3 links, which will then have the apparatus 'glued' into place in that scenario.

You're doing it that long winded way to ensure that you don't have an over/under sensitive or sticking mouse button. If it still refuses to play properly, click the signal icon in the middle flyout and try adding a destination marker...these are track linked too so that'd show if there's an issue with adding track items on your system.

If all that still won't get it placing properly we'll just have to think a bit harder!!

Don't worry, we will crack it though.
Top

The disappearing act could also be because of the auto-rotate button, outlined in this screenshot. http://forums.uktrainsim.com/viewtopic. ... 9#p1852604
Top

Good thinking; I've just tried that but there's no auto-rotate button in the scenario editor---there's the button to select the whole consist instead. I've also tried with the display for markers etc (top right hand flyout) all turned off but that didn't prevent placing the TPO kit either. Any other suggestions?
Top

Good thinking; I've just tried that but there's no auto-rotate button in the scenario editor---there's the button to select the whole consist instead. I've also tried with the display for markers etc (top right hand flyout) all turned off but that didn't prevent placing the TPO kit either. Any other suggestions?


BUT.... as I've just found out after thinking properly for a bit, if that auto-rotate is enabled in the route editor, it does carry over into the scenario editor!

Les, open the route in the WORLD Editor and make sure that option is NOT selected, then you should be able to place the TPO kit successfully.
Top

Thats It! It was the auto rotate button ....excellent. Thank you all for your help, thats made my day. Thank for the warninig regarding 64bit. While you are here can I pull on your coat about another problem which I think may tied to the 64bit headache, when I make small changes to a scenario such as time of day or weather and save to load the scenario. when the scenario loads, after about 2 seconds the Sim collapses to the task bar. When I press the icon on the task bar the game expandes back up in paused mode, I press continue and It collapses to task bar again. I have to reboot the pc to escape this problem.

Cannot help you with that latest one Les but glad you got the first part of the conundrum sorted. I think that is called teamwork Gary.
Top

Yeah, teamwork. It's something that's part and parcel of a freeware based forum, folk chip in and things get tried and other avenues are suggested and.... eventually leading to an answer and often a greater awareness of how the game works.

Les, your new problem isn't one that's considered due to editing in 64bit, but it'd do no harm to try in 32bit as a test. I'm at work---just about to leave though